Bitcoin and Reverse Compounding: The Pitfalls of Speculative Investing

So your Uber driver just made $10,000 dollars in bitcoin. “I have no idea how it works, but it’s tripled!” your driver says.

Everywhere you turn there’s a new coin offering, prices are shooting up, and everyone is asking why you’re not in the cryptocurrency market.

But how do you value cryptocurrencies? Likely not from the income it generates. What’s the right P/E ratio, or the cap rate, what is the future earnings potential? Unfortunately, no one really knows, because buying cryptocurrencies or participating in initial coin offerings or “ICOs” is pure speculation.

And depending on your risk tolerance, that could be ok. There’s a reason casinos exist. 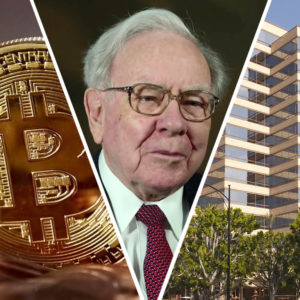 Or you could follow one of Warren Buffett’s overarching investment principles. “Never invest in a business you cannot understand.” Sound’s simplistic and a little old fashioned to the millennial crowd, but he’s done pretty well for himself.

Certainly sticking to investments he understands has helped, but Buffett really attributes his wealth to the power of compounding returns. “My wealth has come from a combination of living in America, some lucky genes, and compound interest,” says Buffett.

But what is compounding? Unlike an initial coin offering, it’s easily understood, perhaps best with an example.

Slow and Steady – The Benefits of Compounding

But this phenomenon is devastating in reverse. Start with that same $10,000, but this time, imagine your speculative investment loses 10%, or $1,000, in that first year. In the second year, just to get back to even, you have to make 11.1% on your investment. If the volatility of the speculative investments is particularly terrible, and you lose 50% your first year, you have to double your money just to break even. Reverse compounding can destroy future wealth.

Few investments offer both an opportunity to produce a steady annual cash flow that can be compounded over time, AND the potential for appreciation. That’s why commercial real estate is so attractive, and why so many generational wealth holders own vast portfolios.

At Streitwise, our goal is to bring the same benefits to those people who are looking for real investments, not gambles. All for just a $1,000 minimum. But sorry, no bitcoin accepted.

Mr. Karsh is a Partner and Co-Founder of Streitwise. His primary responsibilities include sourcing and executing new investments, managing corporate operations, and overseeing investor relations and reporting.