It wasn’t that long ago that paper maps were common features found in cars. When my wife started her grad program at UCLA in 2007, her mother gave her a Thomas Guide to navigate the city. People had to pull over and figure out where they were, how to get somewhere with no real-time idea of road conditions, closed streets, or traffic.

The only way you knew how long it would take to get somewhere would be by experience alone. It was a time when being a professional driver (taxi, black car, etc) meant having a significant advantage over every other driver on the road. Professionals internalized estimates of drive times more accurately than any everyday driver could ever hope to achieve. Then technology arrived and with efficient coldness destroyed the advantage of the experienced human.

Google Maps & Waze have changed the driving landscape to the point that it’s an extension of my driving brain.

Thomas Guides? Come on.
Traffic and detours? Right there on the screen, changing dynamically as conditions change.

If you take a professional driver and your average commuter, drop them off in the middle of the city and give them the same destination, chances are they will arrive at nearly identical times: the projected ETA.

These mapping technologies estimate the ETA with mind boggling consistency. It is frustratingly difficult to beat that ETA by any meaningful margin with any consistency. But occasionally… Once in a long while… It utterly implodes. And you look at the directions, you look at the ETA, and you say, “How in the world are you telling me that’s the fastest way possible? I’m overriding you, because what you have proposed is a clear disaster.”

I know this because there is still a human alarm bell that lights up when the computers go so far afield. And as soon as you make the turn you were told not to, the map re-routes and the ETA drops by a full ten minutes. The clouds part, a ray of light shines down on the car and you drop the keys on the counter at home smugly full of yourself, for today, the humans won, because overriding the rule was your gut, not the computer.

Now imagine that the ETA is the return of the general market indices. Any typical index will do. It is not news that what technology did to the map printers, it did to professional investors beating the benchmark returns as well. Between ETFs and simple portfolio allocation (which is gobbling up the assets of everyday investors) to technology that allows for nearly limitless access to the same information about the market and the economy, creating “alpha” and outperforming the benchmarks is preposterously difficult.

And yet we try, because we are human. The benchmark return is like the flashing ETA. It says that’s where I’m going, that’s where I need to be. I am in competition with the benchmark because the benchmark exists and is visible daily. Following a strict plan, a portfolio allocation, a rules-based investment thesis is critical because against the quants and the algorithms and the entirety of technology, it’s become nearly unwinnable.

BUT occasionally… Once in a long while. Once every so often. We see something that we know is a winner. It’s unmistakable, and the computers don’t see it because they have not experienced humanness, and humanness is the only thing that makes the trade visible. It’s an investment that wins because sometimes the gut sees what brains and information and technology cannot. And that’s what we do at Streitwise, we pick individual deals that utilize all the tools at our disposal including computer analysis as well as our gut to make these deals. It’s what has allowed us to outperform general marketing indices since inception and given investors a high total yield so far.

Prior to forming Streitwise, he was a Vice President of Acquisitions for Canyon Capital Realty Advisors and the Canyon-Johnson Urban Funds, where he was responsible for originating, underwriting, structuring and executing transactions in the Pacific Northwest, Northern California and Midwest regions. Mr. Bencuya also held positions at Sovereign Investment Company (a subsidiary of the Marcus and Millichap Company) and the investment banking division of Merrill Lynch & Co. He holds a Bachelor of Arts degree in Economics and International Studies from Yale University, and a Masters of Business Administration degree from the Haas School of Business at the University of California, Berkeley. Mr. Bencuya is a member of ULI. 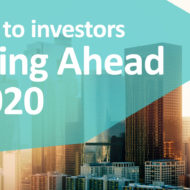 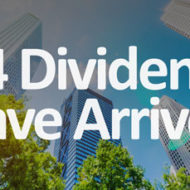 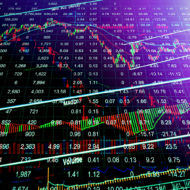 December 19 | 2019
How Hard is it to Pick the Right Deal?
Read More
More Streitwise Articles

Want to learn more before investing?